New York’s Decoration & Design Building’s hosted “European Treasures, Discovered; Source Like The Experts” with The Antiques Diva, Toma Clark Haines and well-traveled designers Garrow Kedigian and Robert Passal as they shared their secrets to touring and shopping the European antique markets with their clients.

Over 100 designers visited the Duralee showroom for the expert tips and personal journeys. Notably in attendance, Justin Shaulis, Design Host for a philanthropic-based HGTV series, “Home Rules,” was deemed one of Toma’s “favorite clients, and just overall favorites!” As an interior designer client, Justin turned to Toma with a client’s tight budget, knowing that he could get more bang for his buck overseas without sacrificing on quality.

Toma shared that in theory, the European Market offers a 3-5x markdown compared to the NYC market, notwithstanding cost of travel and delivery. Since the prices for one piece are lower there’s room for so much more. The spending can be the same, but on other enhancing features. Not to mention, saved money and a Euro trip, probably translates into you snagging the next project! Each designer gave their advice for shopping the Markets; Robert noted that the “best price” for a piece is whatever you’re willing to pay, citing that value isn’t always calculated in dollars. Garrow suggested that pre-shopping the Markets before visiting with clients and then post-shopping without them to close the deals makes for a smooth sourcing process.

The Antiques Diva & Co. is the world’s largest antiques touring company, sourcing services in 15 countries across Europe and Asia. Haines, the chief executive diva, is a global tastemaker taking on some of the top names in the design industry, with side hobbies including collecting vintage Chanel and driving fast cars.

The event was the Decoration & Design Building’s second installment of their exclusive Designer Forum Series. Throughout the year, the DDB will be teaming up with leading experts of design and luxury to elevate the design conversation and provide added value to the interior design community. For a full calendar of events, visit ddbuilding.com/events.

About the Decoration & Design Building

The Decoration & Design Building is located in Manhattan, on Third Avenue between 58th and 59th Streets. Known nationally and internationally as the world’s most important home to over 130 showrooms, the DDB represents over 3,000 leading manufacturers dedicated to the very best in residential and business interior furnishings, educational opportunities and resource information. The D&D Building is open exclusively to the trade and welcomes design industry professionals from all over the world. The building also incorporates Upper Story, situated on the 14th floor, which is the building’s scenic events venue, conference center and restaurant, with cuisine by celebrity chef and culinary icon, Charlie Palmer. The DDB is owned and operated by Charles S. Cohen.

The DDB hosts two major Market events each year; one in the spring and one in the fall. The Markets, which are often held in partnership with the world’s top editorial voices and industry trade organizations, examine all aspects of design and the decorative arts. Over 2,000 design professionals and industry leaders attend these Market events, with over 200 in attendance at each of the DDB keynote presentations. 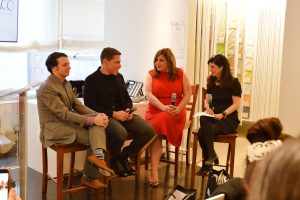 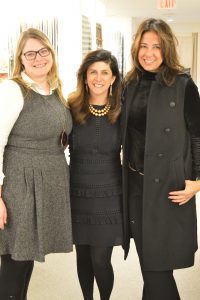 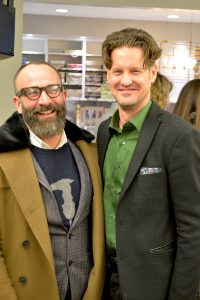 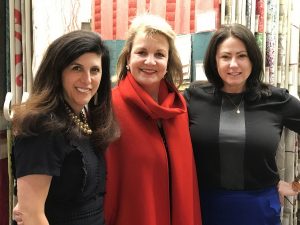 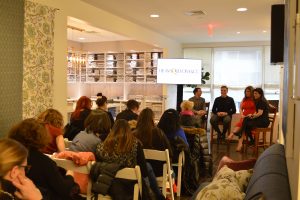