The Samuel Waxman Cancer Research Foundation (SWCRF) celebrated the 20th Anniversary of its annual Collaborating for a Cure Benefit Dinner & Auction at Cipriani Wall Street, posthumously honoring William S. Gorin, former CEO of MFA Financial, Inc., and featuring a musical performance by The Avett Brothers. The gala also introduced SWCRF’s new Partnerships for Aging and Cancer Research Program, in collaboration with the National Cancer Institute and the National Institute on Aging. Chris Wragge, co-anchor of CBS 2 News This Morning, served as master of ceremonies for the event, which raised approximately $2.5 million for SWCRF cancer research programs.

This year’s event was attended by about 800 corporate executives, board members, and their guests. The money raised will support the Foundation’s research efforts to produce a cure for cancer by reprogramming cancer cells, and to deliver tailored, minimally toxic treatments to patients. The scientists funded by the SWCRF have made significant breakthroughs in cancer research, including identifying pathways to deliver novel therapies to treat cancer.

After a cocktail reception and silent auction, SWCRF Collaborating for a Cure Gala host Michael Nierenberg thanked the foundation’s board, staff, and the evening’s guests before introducing Master of Ceremonies Chris Wragge. Mr. Wragge welcomed SWCRF founder and CEO Dr. Samuel Waxman to the stage. Dr. Waxman thanked the hosts, Mr. and Mrs. Nierenberg, along with all of the donors, for more than 20 years of giving, and outlined some of the organization’s major achievements before providing an update on the SWCRF’s Partnerships for Aging and Cancer Research program, a collaboration with the National Cancer Institute and the National Institute on Aging that will add more partners. Research funded by the program, which launches officially next year, will study the environmental and genetic factors that increase the risk of cancer as people age. Dr. Waxman announced that the partnership has a goal of building a $20 million fund.

Following Dr. Waxman’s announcement, Mr. Nierenberg introduced a video tribute to Mr. Gorin, who passed away from pancreatic cancer in August 2017. In the video, Mr. Gorin’s family and friends, including his widow Jody Gorin, reflected on his legacy, painting the picture of an optimistic, driven, and family oriented man who never let the disease get in the way of his enjoyment of life’s moments. After the video, Mr. Nierenberg and Dr. Waxman presented Mrs. Gorin with the William S. Gorin Memorial Award, which marks the introduction of an annual grant to fund research by a special investigator working in pancreatic cancer.

Hugh Hildesley, Executive Vice President of Sotheby’s, then introduced the first auction of the night, in which donors bid at three high levels—$10,000, $25,000 and $50,000. SWCRF Executive Director William T. Sullivan then introduced the gala’s Text to Pledge, a mobile fundraising technology through which guests texted their donations accompanied by messages of encouragement and celebration that appeared on large screens in the venue in real-time throughout the evening. Afterwards, Mr. Nierenberg welcomed Mary Stone of Bank of America on stage to share a heartfelt remembrance of her colleague Sonia Chun, who passed away in August after a battle with Triple-Negative breast cancer.

The evening’s live auction was led with lively enthusiasm by Mr. Hildesley. Guests bid on exclusive items such as: A ten-course meal with wine pairings for eight guests at Chef Gabriel Kreuther’s exclusive kitchen table, which sold for $9,000; reservations for six at Rao’s, featuring a hand-picked, Chef prepared menu including appetizers, entrees, desserts, and wine, which sold for $21,000; and the evening’s highest bid, a Palm Bay International Spanish vineyards, castle, and wine package which sold for $36,000. Other auction items included two house seats to the sold-out Springsteen on Broadway (sold for $17,000) and a private wine tasting for 25 at Italian Wine Merchants, which went for $14,000.

Silent auction items will be available for bidding at CharityStars.com until November 30th, 2017, and include: An opportunity to see one of Bette Midler’s final performances in Hello, Dolly!; Tickets to The Dr. OZ Show and The Ellen DeGeneres Show; a caviar luxury spa package at the Ritz-Carlton in New York City; signed jerseys from New York Jets legend Joe Namath and the Pittsburgh Steelers’ Franco Harris; hotel stays including the Club Barbados Resort & Spa, the Verandah Resort & Spa in Antigua, and the Andaz Hotel in West Hollywood, California; dinner gift certificates to top New York City restaurants such as Cipriani, Casa Lever, Delmonico’s, and La Masseria; a painting by artist Alexey Klokov; and four front-row tickets to see the New York Jets play the San Diego Chargers, among many other exciting offerings.

After the auction, guests were treated to an exclusive concert by folk rock band The Avett Brothers.

William S. Gorin was the Chief Executive Officer of MFA Financial, Inc. from January 2014 through the time of his death in August 2017. He also served as a member of MFA’s Board of Directors from 2010 through August 2017.  From 2008 to 2013, Mr. Gorin served as President of MFA. From 1997 to 2008, he served as an Executive Vice President of the company and, from 2001 to September 2010, he also served as its Chief Financial Officer.  During his tenure with MFA, he also served as the company’s Treasurer and Secretary.  From 1989 to 1997, he held various positions with PaineWebber Incorporated/Kidder, Peabody & Co. Incorporated, serving as a First Vice President in the Research Department.  Prior to that position, Mr. Gorin was Senior Vice President in the Special Products Group. From 1982 to 1988, Mr. Gorin was employed by Shearson Lehman Hutton, Inc./E.F. Hutton & Company Inc. in various positions in corporate finance and direct investments. Mr. Gorin received an M.B.A. from Stanford University and his undergraduate degree from Brandeis University.

About The Avett Brothers

If you put your ear to the street, you can hear the rumble of the world in motion; people going to and from work, to school, to the grocery store. You may even hear the whisper of their living rooms, their conversation, their complaints, and if you’re lucky, their laughter. If you’re almost anywhere in America, you’ll hear something different, something special, something you recognize but haven’t heard in a long time. It is the sound of a real celebration.  It is not New Year’s, and it is not a political convention. It is neither a prime time game-show, nor a music video countdown, bloated with fame and sponsorship. What you are hearing is the love for a music. It is the unbridled outcry of support for a song that sings to the heart, that dances with the soul. The jubilation is in the theaters, the bars, the music clubs, the festivals. The love is for a band. The songs are honest: just chords with real voices singing real melodies. But, the heart and the energy with which they are sung, is really why people are talking, and why so many sing along.  They are a reality in a world of entertainment built with smoke and mirrors, and when they play, the common man can break the mirrors and blow the smoke away, so that all that’s left behind is the unwavering beauty of the songs. That’s the commotion, that’s the celebration, and wherever The Avett Brothers are tonight, that’s what you’ll find.

The Samuel Waxman Cancer Research Foundation is a 501(c)3 nonprofit organization dedicated to curing and preventing cancer. The Foundation is a pioneer in cancer research and its mission is to eradicate cancer by funding cutting-edge research that identifies and corrects abnormal gene function that causes cancer. This research is the basis for developing minimally toxic treatments for patients. Through the Foundation’s collaborative group of world-class scientists, the Institute Without Walls, investigators share information and tools to speed the pace of cancer research. Since its inception in 1976, the Samuel Waxman Cancer Research Foundation has awarded approximately $90 million to support the work of more than 200 researchers across the globe.

Imagine a world in which cancer can be treated without disrupting life, can be cured, or can even be prevented. 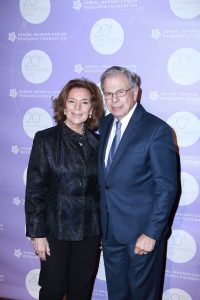 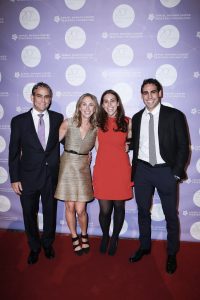 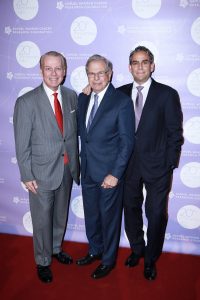 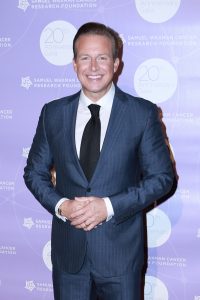 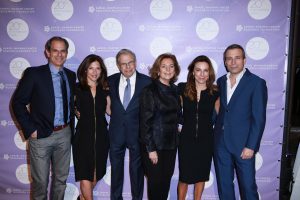 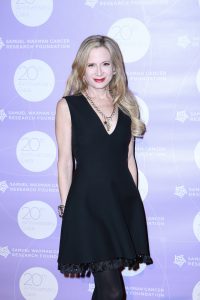 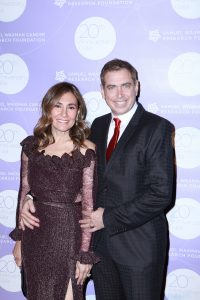 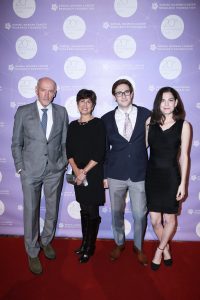 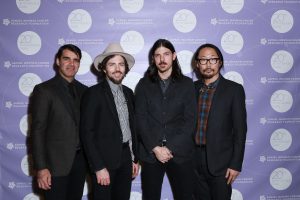 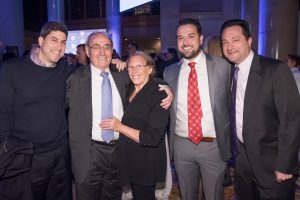 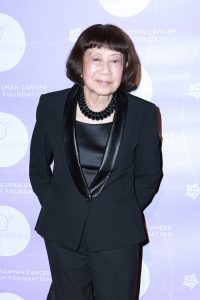 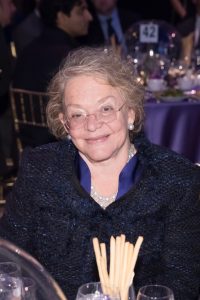 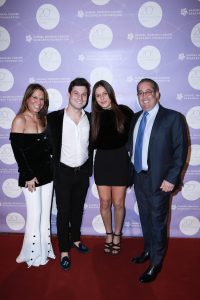 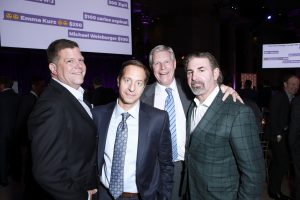 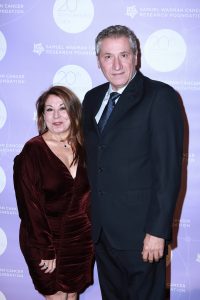 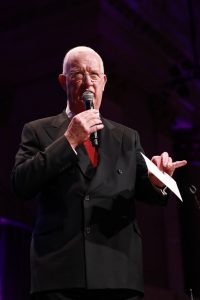 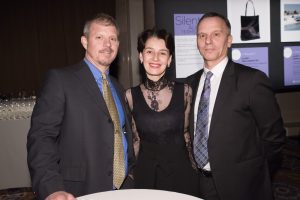 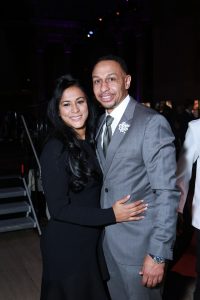 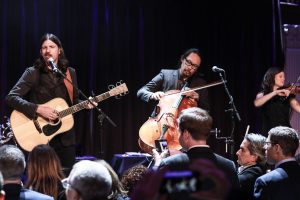 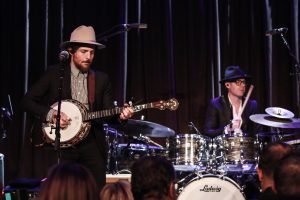 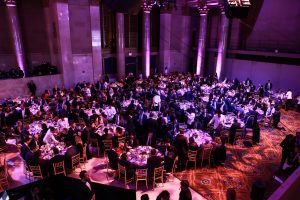 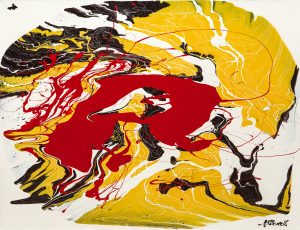